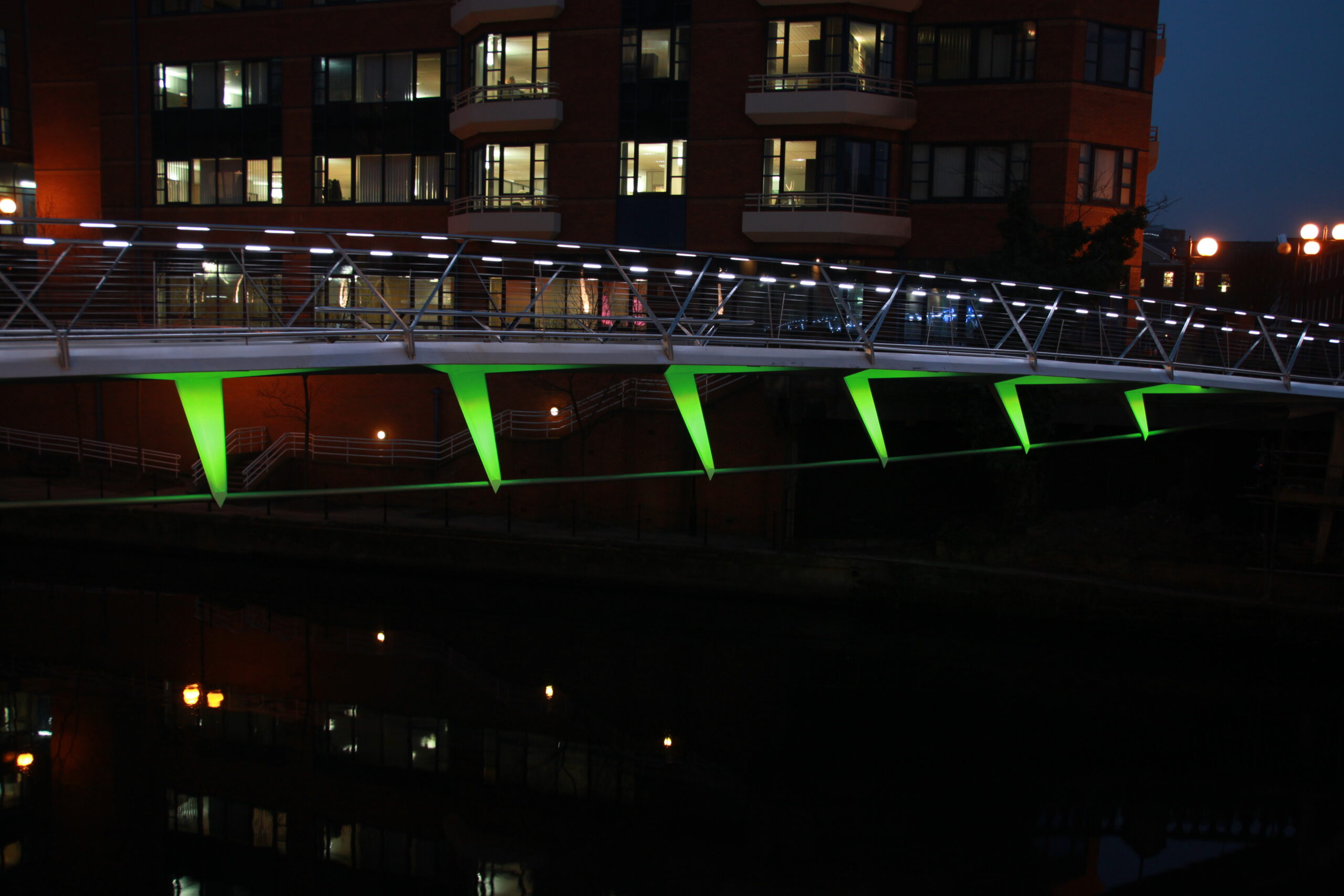 The Irwell Footbridge is one of three bridge connections linking Manchester and Salford. Spanning the River Irwell, the £1.8 million footbridge was funded by the European Regional Development Fund, Allied London and Salford City Council.

Opened to the public in spring 2012, the bridge is part of the Irwell River Park project, a £72 million local council scheme designed to reinvigorate the waterside area, connect the two cities and enhance pedestrian links.

Having illuminated numerous bridges including the Alfie Morland Bridge, the Tradeston Bridge, the Fabian Way Bridge and the Perryn Road Bridge, Lighting Technology Projects was invited to work on the Irwell Footbridge by leading steelwork specialists Briton Fabricators Ltd.

Delighted to be involved with the striking project, LTP Integration was requested to design task lighting for the bridge deck and aesthetic lighting for the underside of the 44-metre (144ft) structure that now acts as a gateway between Manchester and Salford.

LTP Integration’s task lighting was designed to BS EN 13201-2:2003, which governs the specific lux levels required to light public bridges and highways. Providing illumination which satisfies and exceeds the British Lighting Standard, the scheme offers pedestrians a safe and well-lit environment when accessing the bridge during the hours of darkness.

The installed setup incorporated 104 UniLED handrail lights that were evenly ensconced into both sides of the handrail of the 44-metre footbridge. The subtle luminaires, which offer a cool white output, were specified for their durability and performance.

The underside of the bridge itself received impressive colour changing aesthetic lighting that was provided to highlight and emphasise the stunning structure. Installed prior to the bridge lift, LTP Integration selected eight LED RGB 24 watt floodlights. Offering eight colour options to facilitate variable scene settings, the high performance fixtures are easily controlled via an eight-button outstation, which is situated in a local office development.

Following the installation of the bridge across the river, any subsequent adjustments to the lighting had to be completed at water level via a floating barge. However the LTP Integration team were able to utilise their experience and skills to work around this challenge and successfully completed the project ahead of the opening, much to the delight of both the contractor and client.

Completing the project ahead of schedule, LTP Integration provided the Irwell Footbridge with a striking task and aesthetic lighting scheme.

“Briton Fabricators were impressed with the whole professional approach and installation of lighting products supplied and installed on our fabricated steel footbridge over the River Irwell, Spinningfields, Manchester.

From the moment we met the [LTP] sales team we were happy to be discussing and eventually appointing a first class company to work with us on the prestigious project. We were highly pleased with the whole company package!” – Steve Lloyd, Sales Coordinator (Briton Fabricators)

For further information on the products and services used in this bridge lighting installation, or to discuss a similar architectural lighting scheme, please get in touch today. 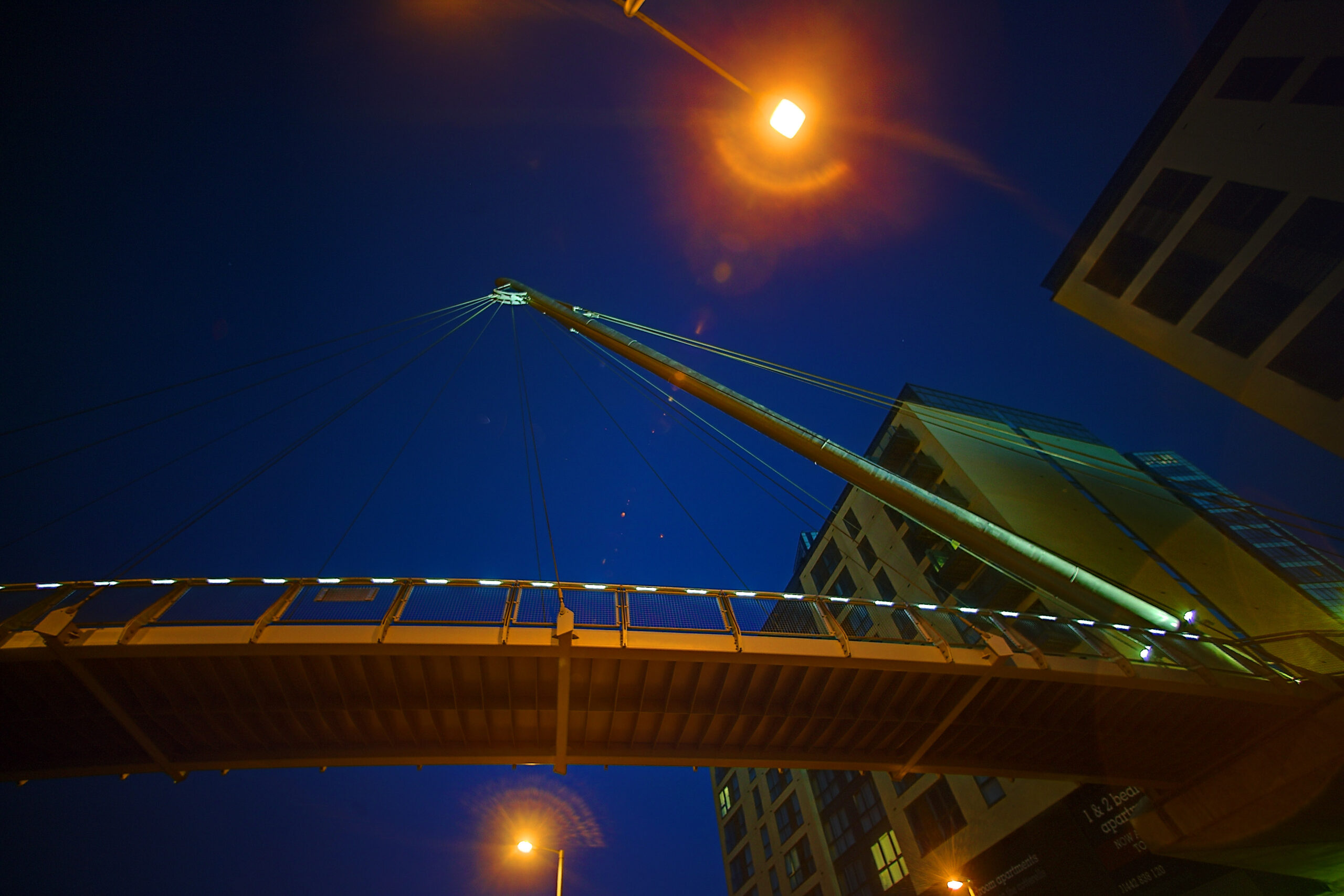 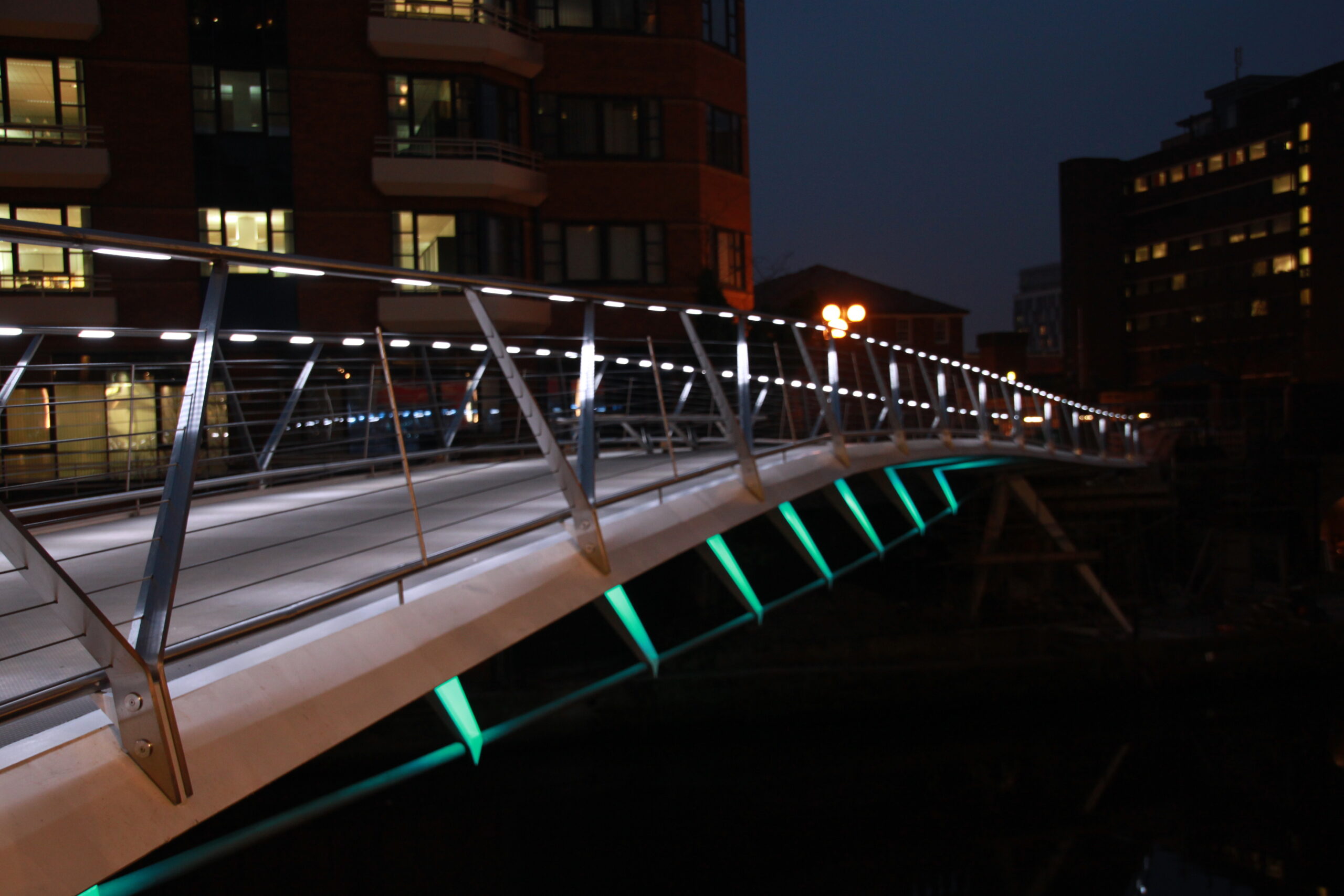 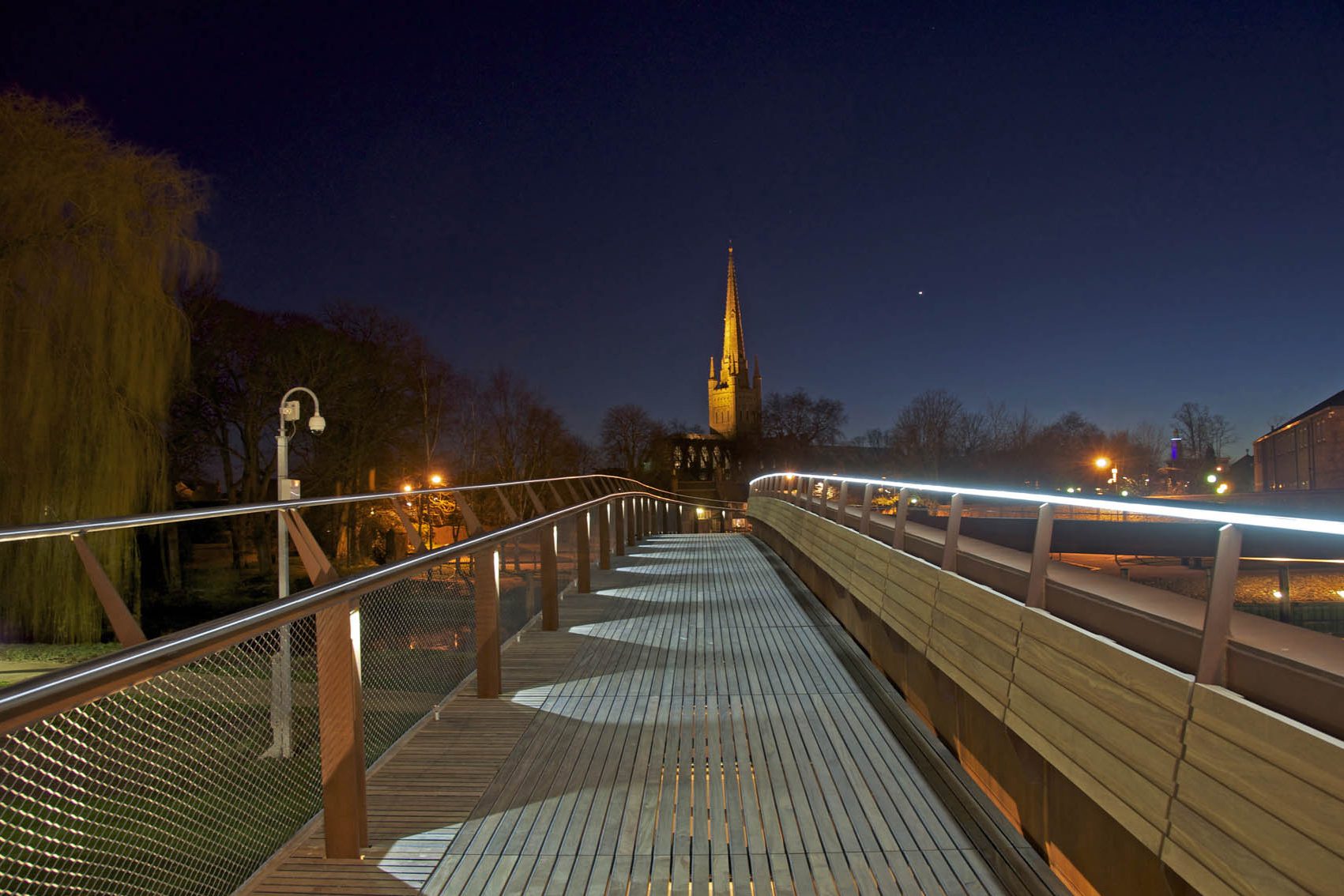