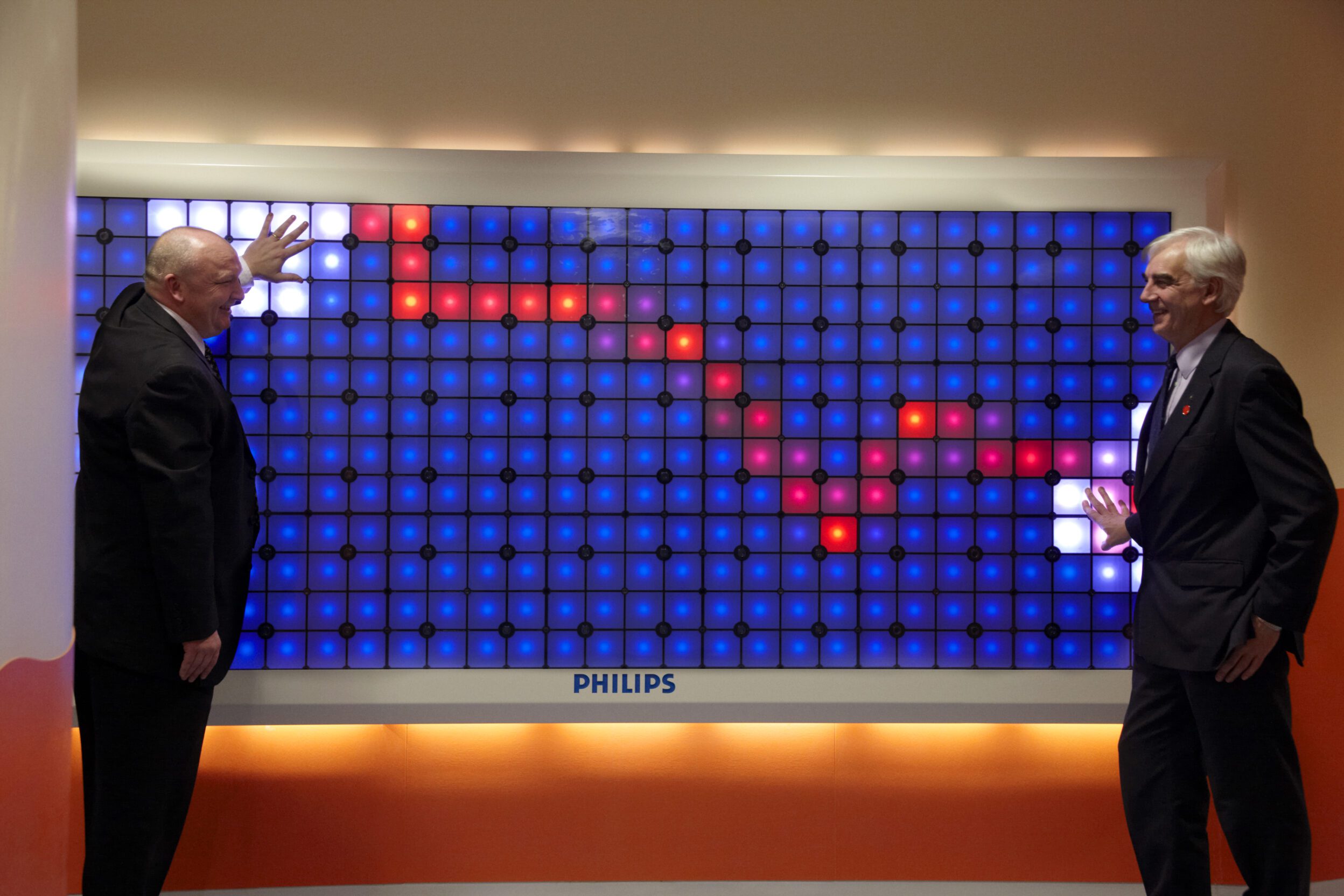 It was founded as the Birmingham and Midland Free Hospital for Sick Children in 1862 by Thomas Heslop, the physician and reformer.

Heslop believed that children could not be treated effectively in general adult hospitals and that they required their own separate environment.

His initial insight and inspiration lives on today in the state-of-the-art establishment, which has been awarded both Foundation Trust status and a Centre of Excellence title.

Birmingham Children’s Hospital had an interactive LED media wall donated to them by Philips through The King’s Fund ‘Enhancing the Healing Environment’ programme.

Midas Construction invited LTP Integration to assemble and install the colour changing Imagination Light Canvas into the bespoke metal frame they had designed and constructed.

Imported from the USA specifically for the hospital, the product was the first of its kind to be installed in the UK.

The Imagination Light Canvas was introduced to illustrate the management’s commitment to lessening the anxiety that young people may feel about being a hospital patient.

Located in the reception area of the new renal unit, it is the immediate point of focus for visitors, working as a deliberate distraction for anxious children and parents.

Measuring three metres wide and one and half metres tall, the innovative media wall is easily operated via a standard PC, offering a fascinating choice of interactive and static scenes, along with simple touchscreen games.

The 144 individual LED points featured within the canvas bring the colourful animations and images to life.

Sarah Waller of The King’s Fund and ‘Enhancing the Healing Environment’ confirmed: “We have witnessed time and time again that the creation of welcoming and calming environments makes a huge difference to the way we individually feel and to the healing process.”

Midas Technologies’ Managing Director, Mark Lock was impressed by LTP Integration’s efficiency and expertise. The team was subsequently congratulated by Philips’ Peter Nelson for the quality of the installation and the smooth progress of the whole project.

“The Imagination Light Canvas is a perfect example of how lighting can improve wellbeing and uplift people’s spirits. But, the ultimate seal of approval is seeing a child’s face light up when they first walk in – that is really what it’s all about.” – Peter Maskell, Chairman (Philips Electronics)

For further information on the products and services used in this interactive LED media wall installation, or to discuss a similar healthcare lighting scheme, please get in touch today. 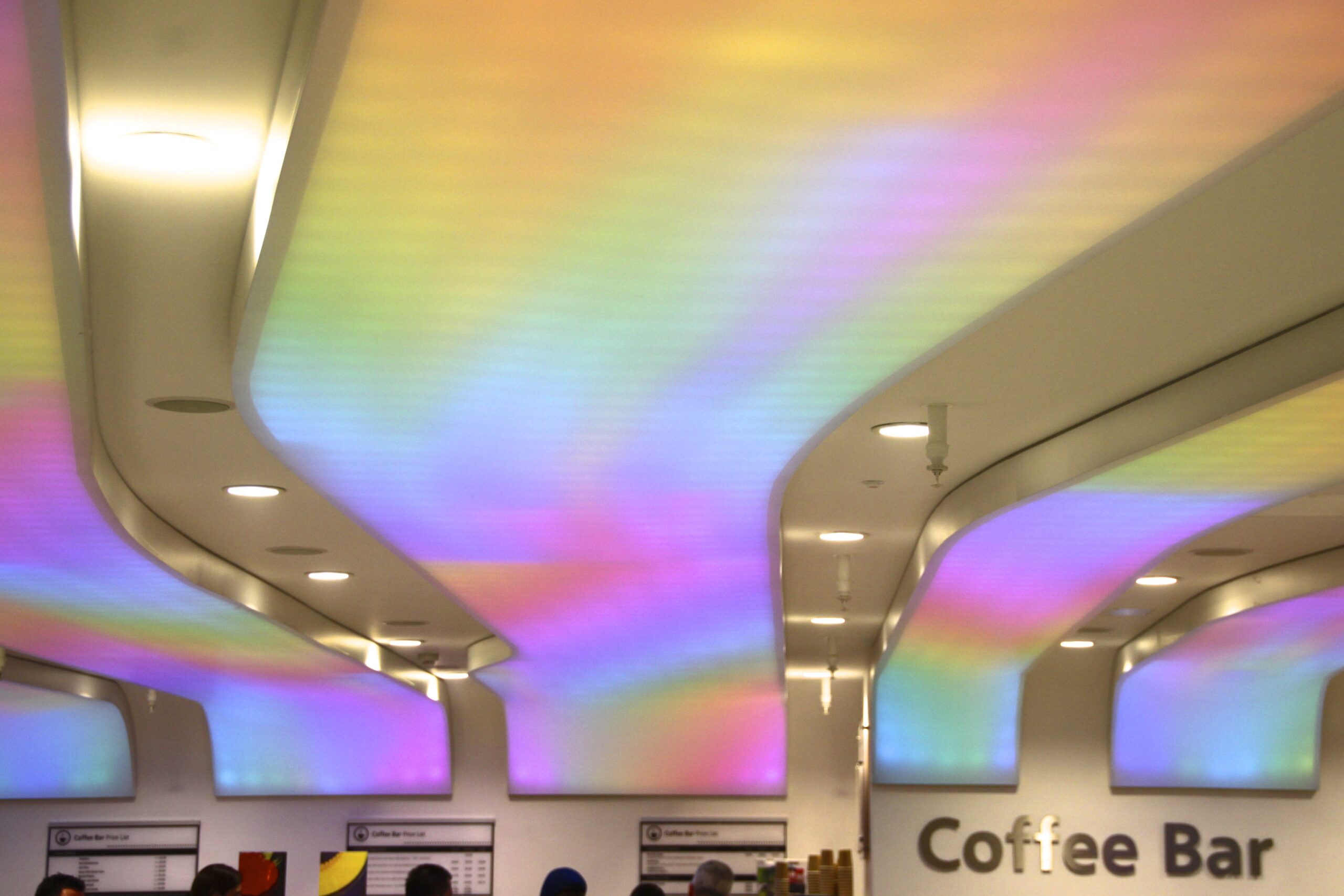